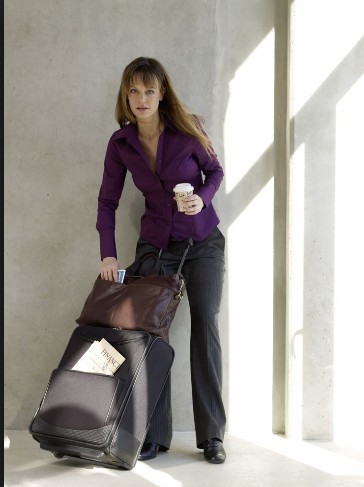 Ever since Fortune, in 1998, started ranking the top women in business (yes, we were first), I've been asking the stars of the Most Powerful Women list how they reached the top and how they stay there. One month away from revealing our 2011 MPW rankings, now seems a good time to share some of their best career tips. Here is my Top 10:

1. Don't plan your career. Most of the women on the Fortune MPW list, starting with PepsiCo (PEP) CEO Indra Nooyi, No. 1 in the rankings since 2006, had no clear career map when they graduated college or business school. Rather, they stayed flexible and open to the possibilities.

2. Forget the ladder; climb the jungle gym. What good is a ladder when the world is changing so fast and unpredictably--and who knows what tomorrow's ideal job will be? Think of your career as a jungle gym, sharpen your peripheral vision, and look for opportunities all around.

3. Worry about the job you're in. "If you don't do that one well, you'll never get the next one," says Jan Fields, who started out cooking French fries at McDonald's (MCD) and rose to U.S. President. While it's important to envision some ultimate goal, says Fields, "you have to focus on what you have right now, or that long-term opportunity won't come."

4. Follow your compass, not your clock. Avon Products (AVP) CEO Andrea Jung lives by this advice, ever since she got passed over the first time around, for the CEO job. Former Time Inc. (TWX) CEO Ann Moore, on the Avon board at the time, gave Jung this advice. It's good that Jung stayed. In the CEO role since 1999, she's now the longest-serving female chief in the Fortune 500, and she's on the Apple (AAPL) and General Electric (GE) boards.
5. Take risks. Google (GOOG) VP Marissa Mayer had a slew of job offers from well-known companies in 1999 when she was coming out of Stanford University with a Masters in Computer Science. She chose Google, then a brand new startup, because, she says, "I wanted to work for smart people, and I wanted to do things I wasn't ready to do."

6. Be yourself. When Ursula Burns learned that she was going to be named CEO of Xerox (XRX), she knew that one of the easiest ways to succeed would be to act like her popular predecessor, who brought the company back from near-bankruptcy. "You can't try to be me," Burns recalls Mulcahy telling her. Burns says this is one of her rules today: "You can be somebody else and follow all your life, but you cannot be somebody else and lead."


7. Don't balance. Juggle. "Stop believing in balance," says Anne Sweeney, who has raised two children including an autistic son while overseeing Disney's (DIS) Media Networks. She calls balance "the B word because it just doesn't exist." On days when you can't get it all done, "the best thing you can do is say, 'You know what? I gave it my best and I'm going to wake up tomorrow morning and try again. She adds, "There are days when it falls into place, but chances are, it happened because you had a lot of smart people that you work with who were knocking it out of the park."

8. Give thanks. While, this may sound Polyannish, the people who make it to the top and stay there--especially women, who are judged within a narrower band of acceptable behavior than men tend to be--give out more appreciation than they take for themselves. "One of the greatest unwritten rules of business," says Gina Drosos, in charge of a $20 billion beauty business at Procter & Gamble (PG), is that it's so important to appreciate the hard work of your team and the people around you." As Drosos notes, the higher you climb, the less you do it all yourself.

9. Don't leave before you leave. Facebook COO Sheryl Sandberg introduced this advice in an essay that she wrote in Fortune's 2009 Most Powerful Women issue. She wrote the piece out of frustration--seeing way too many young women crimp career ambitions as they anticipate having children or otherwise settling down. Instead of "leaning back"--and then, almost inevitably getting bored--Sandberg advises: "Take life one step at a time and don't make decisions before you have to."

10. Own your power. Most women on our MPW list cringed at the word "power" 13 years ago when we launched the annual rankings. Sandberg came around eventually (She describes her "a ha moment" in a recent New Yorker profile). Oprah Winfrey has too. The secret to getting comfortable with your power is to define it your own way. My favorite definition comes from Oprah, who told me: "Power is the ability to impact with purpose."