You are here:  Home>News>Google Glass - Cool Or Creepy?
Google glass - cool or creepy? 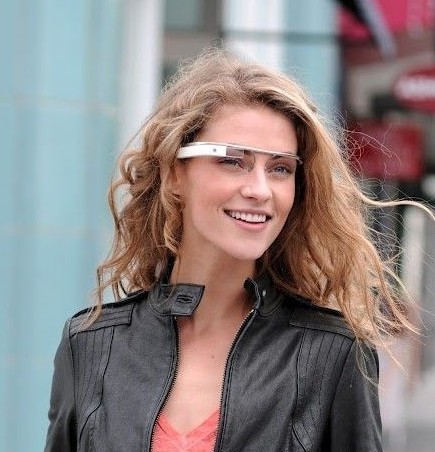 It's either the most exciting technology product of recent years, or the 21st Century equivalent of the Sinclair C5.
It promises to reshape our relationship with the online world - or turn us all into cyborgs, invading each other's privacy with careless abandon. Say what you like about Google Glass, it's certainly proved a talking point.
I've spent the last 24 hours trying out Google's wearable computing device, talking to people who are developing apps for it, and gauging the reaction of onlookers.
The product - which is still a long way from being ready for consumers - has been in the hands of developers for a few weeks now, and many of them have converged on San Francisco for the Google I/O conference.
When I had a couple of hours to try it out I found that, like any new interface, Glass had some rough edges. The screen looks rather bigger and more useful than I'd expected, like a reasonable-sized TV seen across a room. But you need to learn a series of touch commands on the arm of the glasses, and often I found myself stuck halfway down a long series of menus, swiping back and forth and getting nowhere.
At the moment, there is a limited amount you can do with Glass - it's like a smartphone without any apps - and for many of the functions you may be constrained by the quality of the 3G connection on the phone to which it is paired. You may also feel a bit daft walking down the street and shouting to yourself, "Do I need an umbrella tomorrow?"
The voice recognition in the device is very smart - and even seems to understand my English accent - but again, once you leave a strong wi-fi connection, everything seems to become a little harder. And what about those privacy worries inherent in a device which can be recording without your subject knowing?
When I took Glass for a stroll on the beach overlooking the Golden Gate Bridge, the elderly dog walkers there were more amused about a strange Brit talking to himself than anxious about their privacy, although the majority felt the whole idea was rather more creepy than cool.
Where Google's big idea impresses most is as a camera. Because it captures exactly what you see, you get the kind of pictures you often miss with a camera you have to ready for action. And when it comes to video, the footage is much steadier than what you often see from a shaky camera phone.
We began our filming by visiting the world's most enthusiastic early adopter, the blogger Robert Scoble. He's certainly mastered the art of Glass photography - as you can see from his picture of us filming him.
Despite his promise never to go a day without the product - or something similar - he has a few words of caution. The price needs to be right, he says, and the product has to be able to do a lot more if it is to appeal to a wide audience.
By the sound of it, there will soon be plenty more apps. Developers big and small are in San Francisco, showing off their projects. Rajiv Makhijani and two friends who won a Glass hackathon, are now developing a social gaming idea, which sounds to me like Foursquare meets match.com. Bigger players, including Twitter, Facebook and Evernote are also thought to be working on apps.
What strikes me in San Francisco is the sheer fascination and excitement of many people when they see Glass for the first time. It feels to me that we are ready for a new way of interacting with the web.
..
Google Glass may be clunky, and it certainly isn't going to win any fashion awards. There are serious debates to be had about its legal and social implications. But we may look back 10 years from now, and say this was the moment when wearable computing stepped out of the sci-fi films and into real life.